The Delano Joint Union High School District is proud to announce that Mr. Ivan Sanchez has been selected as the District's 2021 Classified Employee of the Year.

Ivan Sanchez was not raised in Delano or its surrounding communities, but anyone who has met him would never guess it. His love and compassion for our students and their families runs deep.

Ivan’s parents came to California from Mexico, like many of our families, in pursuit of better opportunities for their children. His parents, farm laborers for most of their lives, settled in Arvin where Ivan became a first-born American. Ivan proudly shared that the hard work-ethic his parents taught him prepared him to overcome all challenges along his path. Having labored with his parents in seasonal farm work, he built character and tenacity.

It was during his high school years that Ivan began wrestling as an Arvin Bear. He developed a love and passion for the sport that would eventually land him an athletic scholarship to attend William Penn University in Iowa. Being the first to attend college in his family, it was quite the experience to pursue a degree in an entirely different state away from his family and friends.

Ivan shared that he initially had no desire to go to college, let alone leave his family for several years. It was his brother, who behind the scenes, secretly convinced their parents to let Ivan go. It was one of the most difficult experiences Ivan has shared. That great deed would come full circle to give Ivan the opportunity to return the favor for his brother.

Statistics show that numerous students who go far from home to attend college often become homesick and end up either dropping out or transferring to a local college or university to be near their families. This is Ivan’s story. During his freshman year at William Penn University, Ivan placed 5th at the NAIA Wrestling Nationals in the 125-pound weight class. He placed 5th in the nation! He had quite the successful year, but his love and desire to be with family was too great. Ivan shared with his wrestling coach that he would not be returning to Iowa.

Before the fall of the next school year, the coach contacted Ivan with a final attempt to convince him to return to Iowa. In that same moment, his brother who had once driven Ivan to LAX and leaving him no choice but to leave the Central Valley, shared he was joining the military. Ivan called his coach and explained that under one condition he would return to Iowa - his brother had to go with him.  Two brothers traveled the journey together.

Ivan earned a bachelor’s degree in Criminal Justice and was working for the probation department when he was contacted by one of his former Arvin administrators to apply for a Student Affairs Specialist position at the Delano Joint Union High School District. Since 2010, Ivan has been serving our District, and for the past nine years, has served as a Discipline Liaison at Robert F. Kennedy High School.  He also coaches wrestling, volleyball, and softball - always ready and willing to do whatever it takes to serve our school community. Ivan takes great pride in supporting our students and their families. Parents often call to express their sincere thanks for Ivan’s compassion and genuine concern for their children. Parents have consistently shared that Ivan is like family.

It is with great honor that Ivan Sanchez is presented as the DJUHSD’s  2020-2021 Classified Employee of the Year. 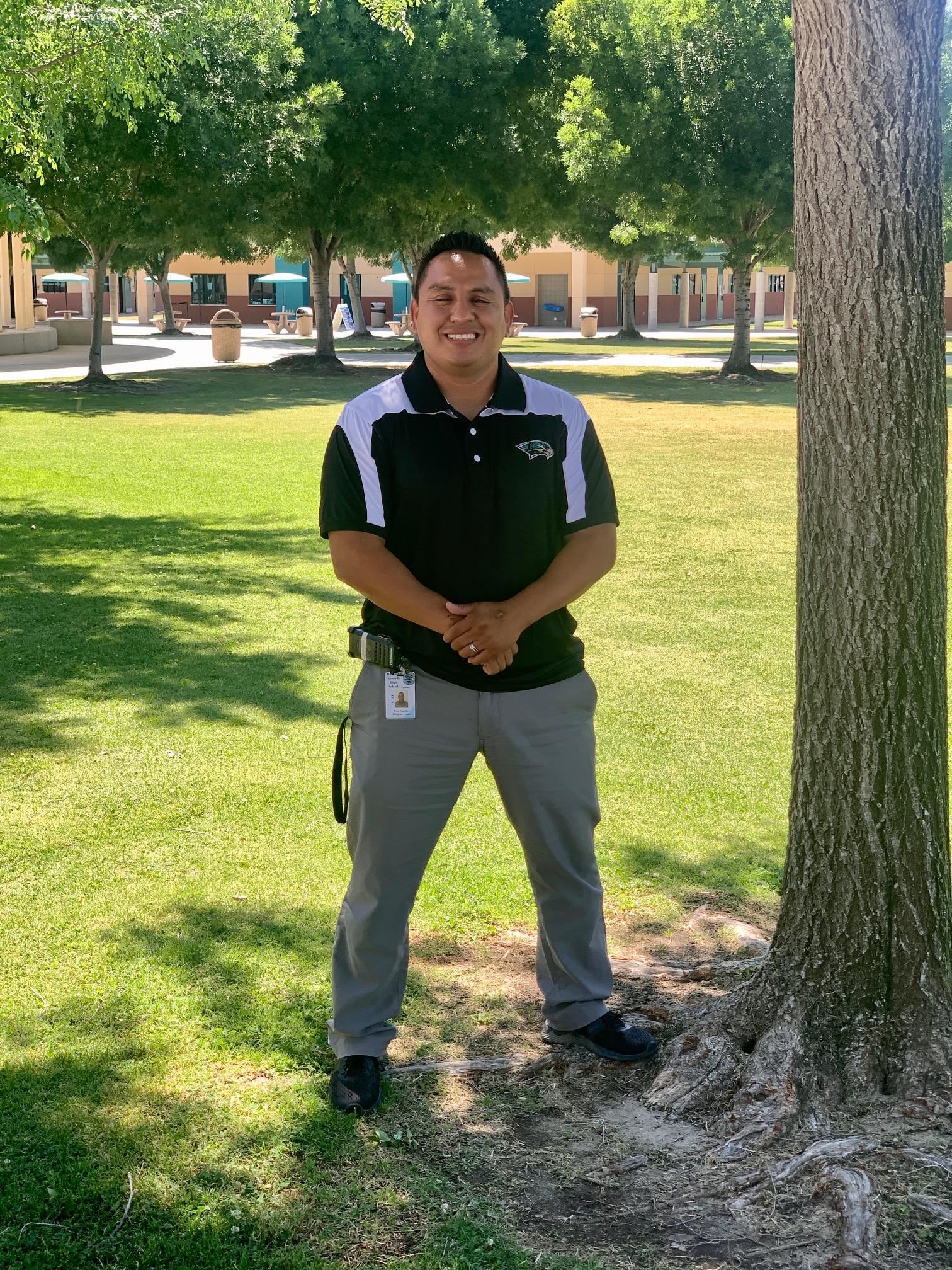